Lionel Messi, the world-renowned footballer, was introduced as the new global ambassador for Byju’s Education for All initiative on Friday. Messi, the captain of Argentina’s national team and a player for the French club Paris Saint-Germain, is a big supporter of equal access to education.

Byju’s mission is to make education available, equitable, and affordable to all people around the world. Earlier this year, this company was named the official sponsor of the 2022 FIFA World Cup in Qatar.

Messi will be in ads for Byju’s Education For All campaign, which has almost 450 million people following it on social media.

Because of his dedication to training and soccer knowledge, Byju’s believes Messi will serve as a role model for millions of children around the world.

Byju’s mission to instill a lifelong thirst for knowledge is very similar to mine, so I’ve decided to collaborate with them. By giving millions of students around the world access to a high-quality education, Byju’s has changed their lives. Messi expressed his hope that his words would inspire students to strive for greatness. Apart from this he has founded his own charitable organization, the Leo Messi Foundation, which invests in health-care services to improve children’s lives.

BYJU, the EdTech decacorn, has roped in Lionel  Messi as the global brand ambassador of its social impact arm, Education for All, less than a month after announcing 2,500 layoffs.

According to a marketing veteran, “BYJU’s will spend between $5 million and $7 million per year for this Messi agreement,” depending on the rights the company receives. It is estimated that the company paid between $30 and $40 million to sponsor the FIFA World Cup.

Employees at the BYJU offices in Thiruvananthapuram and Bengaluru have recently complained about being pressured to resign. Following a meeting with the state’s labor minister, BYJU reversed its decision to close its office in Thiruvananthapuram and rehired nearly 170 employees. But layoffs were announced in several departments at the Bengaluru office, including sales operations (quality and analysis), media, recruitment, and customer retention.

CEO Byju Raveendran stated the following in an email to all employees: “I hope you believe me when I say I did everything in my power to save your job.” I will work tirelessly to establish our company as a long-term success.

Read other article: A guide to a successful Instagram campaign with ROAS

Layoffs were necessary due to economic factors, according to BYJU’s CEO.

We must eliminate certain inefficiencies, redundancies, and duplications as a result of our rapid organic and inorganic growth. Due to the need to eliminate redundant tasks across all of our businesses, we must lay off 2,500 employees. He said that when making business decisions, it is important to keep the big picture in mind and be aware of the limits that things like the macroeconomy put on you.

BYJU acquired Aakash Educational Services for approximately $1 billion last year and transferred Rs 300 crore to its parent company last month. According to a company representative, the loan was used to promote Aakash, the company’s flagship product. Gross unaudited sales for FY22 were close to 10,000 crore, and the company now expects to make 15,000 crore in FY23 due to higher margins.

BYJU co-founder Divya Gokulnath had the following to say about the transaction: “We are ecstatic and honoured to have Lionel Messi as our global ambassador.

He is a one-of-a-kind talent whose values, which include a commitment to excellence, going all-in, keeping a low profile, and being trustworthy, are perfectly aligned with those of BYJU.

He rose from humble beginnings to become one of history’s most accomplished athletes. This is the kind of opportunity that BYU’s Education for All program aspires to provide to the nearly 5.5 million children it currently serves. Lionel Messi exemplifies the efficacy of self-improvement. It is not surprising that the greatest player in history is also the best student. I have no doubt that this collaboration will inspire millions of people around the world to pursue higher goals and, as a result, improve their education. Nothing is impossible with Messi on your team, as any football fan can attest. 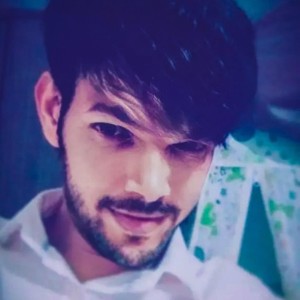 Fehmeez is fueled by his passion for understanding the nuances of cross-cultural advertising. A maverick with a mind of his own, he comes up with novel ways to provide the best possible outcome.

This site contains affiliate links to products. We may receive a commission for purchases made through these links. However, this does not impact our reviews and comparisons. We only suggest products we’ve reviewed, and in many instances also use, in order to help you make the best choices.